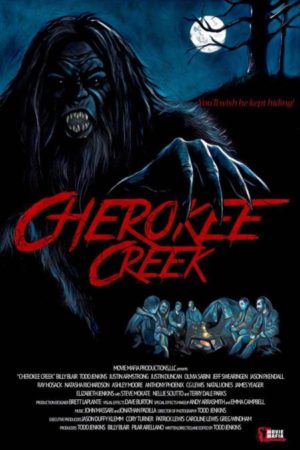 Holy flying cocks in a cooler!!… In this particular context that was a well deserved compliment after just finishing and enjoying the horror comedy Cherokee Creek, and boy did this film live up to the hype! After having agreements in place to release this Indie feature on Video on Demand formats such as Amazon, I-tunes, Google Play and Vudu,  Amazon initially backed out and refused to carry Cherokee Creek due to it being, as they stated, “too offensive”! Once I heard that I was sold and knew it was a must see. Thankfully after a month long battle with Director Todd Jenkins, Amazon finally listened to the fans, ceased trying to be “big brother censor” and as of a couple months ago has made Cherokee Creek available to rent or purchase. The film has been described as gratuitously vulgar, gory, raunchy as well as utterly hilarious and it did not disappoint in the least! Not only that but it wasn’t vulgar and raunchy just for the sake of being so. Those scenes were funny as hell, well written and acted and without a doubt added to the film.

Cherokee Creek begins with a couple country bumpkins out on what they hope will be a big money game hunt. Their million dollar target… none other than the elusive and territorial Sasquatch! You will have to see for yourself how things play out for these two jabronies. But soon thereafter a group of friends seeking a spot in those same woods to throw a bachelor party, unknowingly stumble into the Sasquatch’s territory. After the first ten min or so you won’t see much from Bigfoot again until about the midway point of the film. I loved this approach as it reminded me of a similar tactic this Spielberg guy utilized on some shark movie he made back in ’75. In all seriousness this worked well as the story, writing, acting and debauchery more than carried the film and allowed the plot to develop until the violence and gore were ratcheted back up in a big way.

I honestly can’t overstate how funny this movie really was. The practical effects were stellar and while the film contained plenty of well written levity, it was perfectly balanced with the intensity, violence and gore as the victims are hunted while engaging in all of the types of acts that would normally mean certain death in nearly every slasher flick we have come to love. I’m sure we all know what most of those are! Prepare to see limbs and appendages severed in imaginative ways and unfortunately I’m not just talking about arms, legs or even heads…well not the one on your shoulders anyway!

Cherokee Creek is a Movie Mafia Production. The film was scored by “Killer Clowns From Outer Space” composer John Massari. The music fit each scene and complimented the film nicely. The SPFX crew did an amazing job creating the Sasquatch, ensuring a menacing looking creature and not a warm and fuzzy recreation of Harry and the Hendersons. 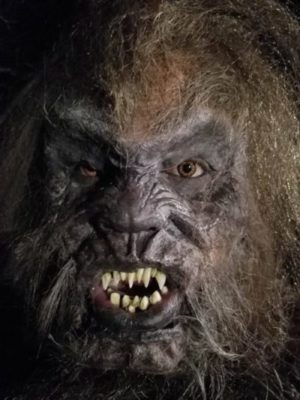 Also, the sound FX used to bring the Sasquatch to life literally did just that, driving home the point that this is not some happy go lucky creature you want to engage in anyway. Todd Jenkins who wrote, directed, produced, edited and even starred in Cherokee Creek as “Jinx” completely nailed it on so many aspects of this film right down to the minute details which when all was said and done provided us with an excellent Indie gem. The cast did a great job and in fact Todd was even able to have his Mother appear in the film and she was beyond badass! Keep an eye out for the lovely lady on the mobility scooter. But it was Todd and costar Billy Blair, who played “Vinnie Blades”, that really stole the show! You can tell they are friends who have worked together in the past as their on-screen chemistry was undeniable and certainly palpable. As with most Indie films the costs involved many times limit the size of a filmmakers crew or the duration they may have a SPFX team for. These were just a few examples of some of the hurdles Todd and his cast & crew managed to overcome. Taking all of that into account, what Todd and his cast & crew were able to pull off and put together with such good writing, acting and production quality is amazing to say the least. Especially with this being a full length feature.

But Todd has one more surprise for everyone! Available from Scream Team Releasing, he has made available a Blu-ray edition of Cherokee Creek which will be coming out May 4th (you can pre-order your copy today with the link provided below) and is jam packed with incredible extras you won’t be able to find elsewhere. I was fortunate to be able to enjoy a sneak peek of the Blu-ray edition and all of its special features. I cannot stress enough how worth it it is to pre-order your Blu-ray copy and enjoy all of the following extras such as….

– behind the scenes footage

– the intro “too offensive for Amazon”

Here is the link to the website where you can pre-order your Blu-ray copy due out May 4th!   http://www.screamteamreleasing.com 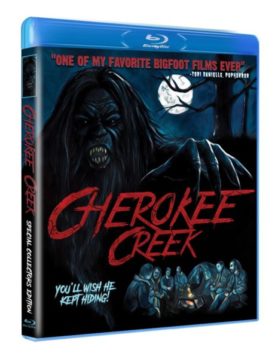 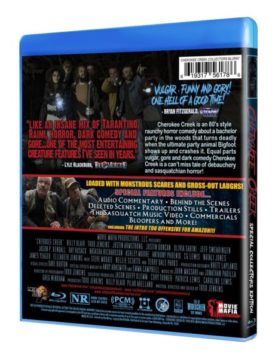 I hope anyone that enjoys hilarious & raunchy gore fests or is a fan of Independent films and is maybe fed up with the never ending recycling of big Hollywood ideas gives this Indie gem a chance. Indie filmmakers know better than anyone the trials faced when trying to create a film and then having to deal with distribution. So I hope all that are interested will take the time to enjoy this film while at the same time realizing the importance of #SupportingIndieFilm       This is definitely one of the best Independent films I have seen on many different levels and I am happy and excited to give Cherokee Creek…

But just remember… no “fornification” while in Bigfoots territory…It’s disrespectful and he has been known to take exception!