I know many of us enjoy exploring old and abandoned houses or buildings with the hopes of experiencing something of a paranormal nature.  But what about a scenario outside of your control?  You’re trapped…unable to escape the situation and the last thing you would have expected was an evil spirit there haunting you day & night.  Not quite as much fun is it?  That’s the basis for Ghost Walks The Farm. Based on true events involving writer/producer Rocky Karlage and his own experience trapped in an old farm house on his actual honeymoon.  It was mainly filmed at The Haunted Farm in Pleasantville, OH   http://www.haunted-farm.com/

Johnny  (John Chiara)(whos character is based on Rocky Karlage) is a member of the US Army home on leave.  He marries his love Estella  (Alana Kaniewski) and together they head off to an old farm house provided by Estella’s Aunt as a place where they can enjoy their honeymoon.  Johnny is pretty decent as a leading man and Estella’s Aunt Lynn is rather creepy at times.  I wont go too much further as id like this to remain spoiler free.  While you may notice a couple weak points possibly due to the budget and time constraints that all small, independent film studios deal with, The Farm overall was enjoyable.  It showed off some nice graphics and effects especially when considering the time and budget they had to work within. You could also feel the tension build leading to the end of the film where a lot of the story gets tied together.

The film also boasts a real paranormal EVP (electronic voice phenomenon) that takes place in one of the bedroom scenes although it may require audio equipment to hear.  And for those viewers that enjoy a challenge, the filmmakers mentioned a “secret” hidden in plain sight regarding one of the starring actors and that only one person has gotten it without being told.  While it may be cheating…I’ll give you a hint.  A big clue is in the end credits.  The Farm was a nice job done by a small film studio and at $2.99 is extremely reasonable to view with the site provided here.  https://vimeo.com/ondemand/ghostwalkthefarm/136071980

I personally love Indie horror and short films due to them being one of the few avenues to find original material.  Also very soon we can look forward to a sequel/prequel to The Farm called Estella’s Revenge with the recently released music video/teaser provided here https://vimeo.com/173128659 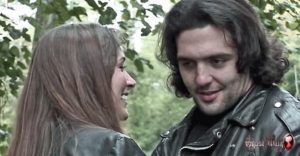 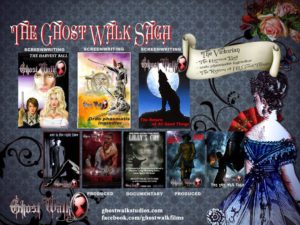