“Family Game Night” begins with what appears to be the “all American family” complete with the familiar family and parental struggles. Trying to get the entire family together at the dinner table and having their teen daughter Kelly’s (Jenny Fischer) personal schedule cause her to be late as the rest of the family waits. Attempting to get their son Ethan (Connor Hume) to refrain from using his phone and social media at the dinner table. The parents do a great job portraying the conservative husband/wife team with the mother Tammy being played by Meredith Heinrich. The father, played by Mark Brombacher (who is also the films Producer), is incredibly amusing as the “nerdy” husband and shines in this film in all his glorious quirkiness.

As most families these days, they too struggle to share a meal together due to their busy schedules. But, they always do make it a point to get together for family game night. Their older daughter Kelly, while late, does make it in time for dinner. However, you begin to sense nefarious activity looming when she arrives home with a homeless man..Doug (Brad Linton) in tow. She apparently saw him on the way home and invited him to dinner and to partake in family game night. The fathers excitement over having this unexpected guest and the family’s eagerness to make Doug comfortable had me wondering and looking forward to seeing what this family is all about.

With this being a spoiler free look at “Family Game Night” and it being a 12 min short, there is only so much I can share. But what I can say is the family’s intentions come to light without you having to wait long and I truly enjoyed the dark humor within the film. The fathers rather “dorky” attempts at being the authority figure, for example reprimanding the kids for bickering while at the same time engaging in obvious illegal activity, was pretty amusing. I believe fans of dark comedies will enjoy the one-liners that fit the dialogue perfectly without them ever feeling forced for the sake of injecting levity into a scene. In fact some of the best and funniest lines weren’t even in the script and were adlibbed by Mark and Meredith which speaks volumes about their talent. I can honestly say that I was surprised at the sheer number of times I found myself laughing out loud.

To be honest there really isn’t much in the way of actual issues that I can point to with the film. Much of the acting was good and the production value was there. I would certainly recommend it. It was entertaining and at around 12 minutes it’s an easy view that doesn’t require you to have to set aside 2-2.5 hours of your time. The film is currently making the rounds at various film festivals with it set to screen at the Toronto Indie Horror Festival in Aug with more screening dates to come. So keep an eye out for your opportunity to view “Family Game Night” and at the same you will be helping to #SupportIndieFilm. Check out below the films IMDb page as well as a few stills from the movie. This is a bit of an inside joke from the movie but I would comfortably give this film a strong 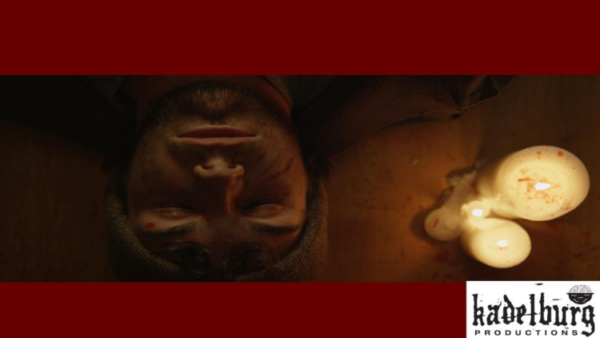