Hello, FREAKS! The guys over at HMF Productions have just wrapped up shooting on the new Tony Olson original film “VOICES” 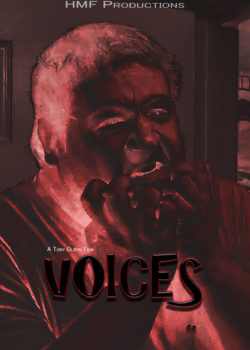 VOICES tells the story of a man that wakes up everyday fighting his own inner demons that haunt him constantly.

The film is currently in the post production stages, and we hope to have a release date soon. The film was directed by Josh Mabe and Produced, written, & co-directed by Tony Olson. James Pell is the star.