Hello, Freaks! and welcome back for my second part of the reviews from the Wreak Havoc Horror Film Fest. I just want to start by saying that I hate it, but I did not get to see all the films on the second night. I had prior obligations at my job, and I simply could not make it in time. That being said, I did get to see some really good films before the night was over. Lets start, Shall we?

When a group of bumbling Satanists has their summoning ceremony go terribly right, they’re left to face the decidedly holy shit consequences.

I have seen a lot of short horror-comedies and so few work well, that it is a real treat when one comes together perfectly. I thought the story was set up really well, the actors did great, the costumes looked good, and the setting was perfect. Its one of those films I want to show to everyone. The twist at the end is so good, you just have to see it. If you see this film playing at a fest near you, check out out. you wont be disappointed.

Check out the IMDB Page for more. 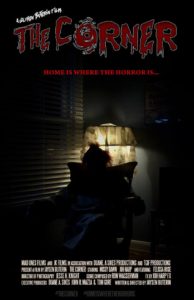 As far as babysitting jobs went, this one was about as routine as it gets. The kids were fed, the teeth were brushed, the bedtime stories were read, and the “Just five more minutes??” requests were hushed. But when Joli finally sat down for some quiet time in front of the television things didn’t get dull – they got deadly.

This was a simple, yet effective, short film. I like that. Sometimes films can try to drag on a bit too long, even when you are talking about short films. But this one knew what it wanted and got right to the point. I think the set up and delivery of the story was done quite well, and I loved the “Clown” setting of the room. You may also notice a familiar voice on the phone. That was done by the very lovely, Felissa Rose. Very fun little film, that I would recommend checking out if you get the chance.

For more, check out the IMDB Page 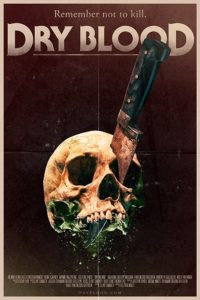 A drug addict re-locates to a cabin in the mountains to try and get off the drugs, before long he starts experiencing intense hallucinations.

This is one of those films where if taken at face value, seems to be just average..But once you really think about it, it actually has many layers to it that are really quite interesting. I want to revisit this film as soon as I get a chance to. The more I have thought about the film, the more I like it. I love the effects in the film. From the practical effects to the CGI, they work really good. The headless girl is down right CREEPY! The only place this film lacks for me, is with the acting.  While not horrible by any means, it just wasn’t were it needed to be, for the high quality of the screenplay. I loved the script, and with better acting to really drive the story home, I could see this film being high up on my list of favorite films. It has some brutal moments as well, which I LOVED seeing. I don’t want to spoil the film, but a few of the deaths are really great. HIGHLY recommend checking this one out.

Check out more on the IMDB page

In closing, I really want to thank Dan Sellers, Sammie Cassell, and everyone else that help make this film fest happen. We had an amazing time, and can’t wait for next years festival. If you have a moment, please go check out their facebook page and give them a like. Wreak Havoc Horror Film Fest, Wreak Havoc Productions