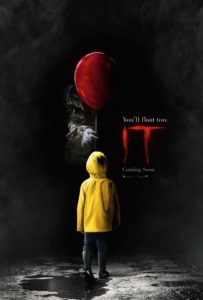 Well…after what felt like a long wait for the films release, I just returned from the theater after seeing “IT”. While I’m dying for original ideas and material in today’s filmmaking, I’m also one of the few that enjoy remakes/reboots as usually it’s a new or updated take on subject matter or a story I’m already a fan of. They don’t replace the originals by any means but at times I have been pleased with the way a remake has left the cheesy acting and dialogue at the door and reintroduced the fear factor in a character. Plus I’m happy to have more Leatherface, Jason and Freddy (yes even if not R Englund). I don’t know that I would necessarily classify 2017’s “IT” as a remake as opposed to a new theatrical adaptation since the original go around was a made for TV mini-series, but the difference in this situation for me is I truly disliked the “original” from 1990 and to be honest wasn’t even sure I wanted to go see this film…

But boy am I glad I did!!! To say I was pleasantly surprised would be an extreme understatement! To start I was impressed at the sheer number of emotions the film was able to elicit. Everything from fear and tension to humor, anger, disgust and a hell of a good amount of creepiness. The dialogue amongst the group of friends was fantastic and quite hilarious at times which provided some nice levity. I also thought for the majority of them their acting was tremendous. This adaptation was pretty damn creeptastic and while I’m rather desensitized at this point in my life after all I have seen, the movie could definitely be scary for some. There were a few jump scares and in your face..make you feel like you’re being chased scenes but they didn’t feel overdone. While not overly gory there was enough blood, missing limbs and feel it in your chest tension that I was happy.

When It comes to Bill Skarsgard’s portrayal of Pennywise, I thought this character was a very difficult undertaking for him as fans natural reaction will be to immediately want to compare him to Tim Curry. Possibly placing him in a no win situation much like Jackie Earle Haley as Freddy Krueger. For a variety of reasons I’m going to avoid any comparisons between the two as Curry was from the “old guard” of extremely talented and multifaceted entertainers. Along with the TV mini-series having been made nearly 30 years ago. However, considering the shoes Bill was tasked with filling, I thought he did an incredible job. The entire film itself had a much darker and scarier feel than the mini-series which I loved and certainly did not possess the hokiness I felt the mini-series brought. 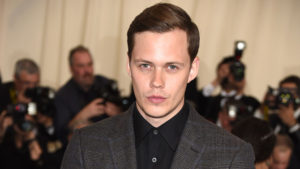 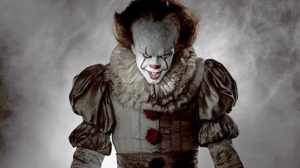 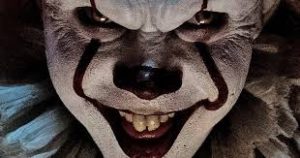 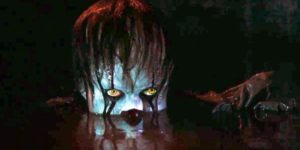 Chris M had this to say “Curry was great in IT but Skarsgard took the intensity to a whole different level which made Pennywise even scarier. That, combined with the humor and acting by the kids made the movie just come together.”

Marcos H shared “IT was incredible. Best thing about it was it wasn’t a remake of the TV mini-series and instead was taken from the source material (the book) which made it more terrifying than the original and was a great movie all around.”

I would definitely recommend horror fans at least give it a chance with an open mind whether they happen to be a Stephen King fan or not. As a stand-alone horror film I found “IT” to be extremely entertaining and fans (unless they have already heard) should be very pleased at the surprise revealed directly before the credits begin to roll.

Check out the trailer here:  https://youtu.be/FnCdOQsX5kc